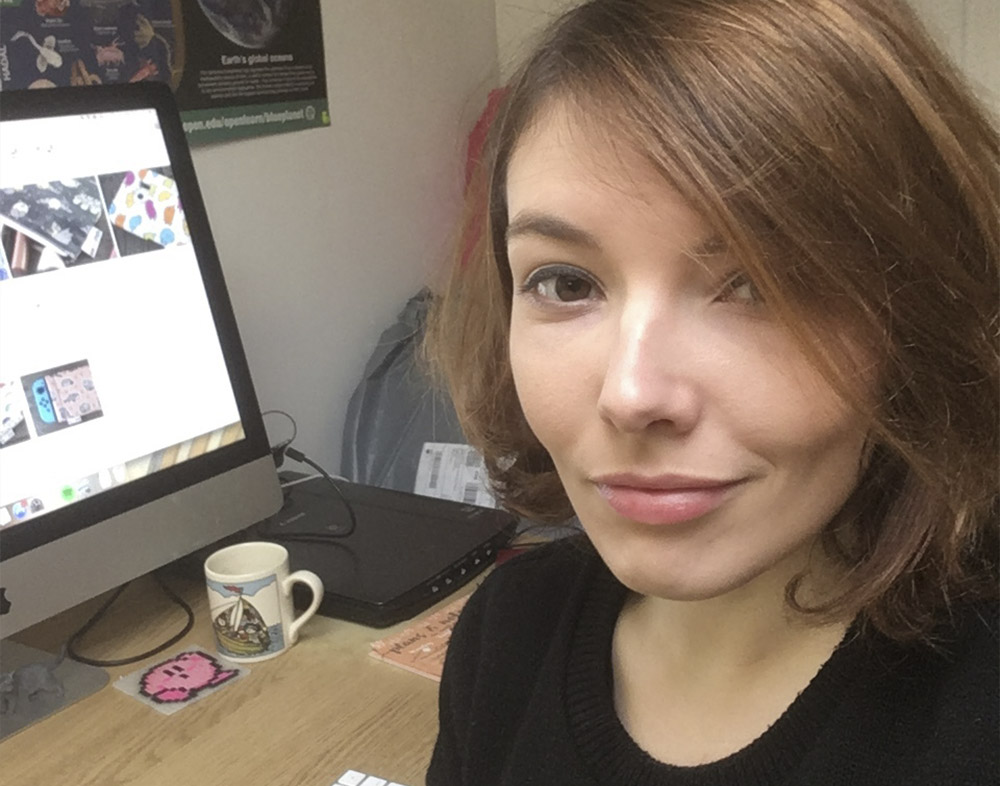 In March 2019 I whisked myself away from the bright lights of Edinburgh and headed west for a month-long artists’ residency in the peninsula of Morvern.

Arranged by the Scottish Wildlife Trust and Ardtornish Estate, the residency offered access to the Rahoy Hills Wildlife Reserve, a large and rugged patch of wilderness encompassing ancient woodland, moorland, mountains and lochs and all the beasties that thrive within.

(It was a truly wonderful and therapeutic experience, and I’ll now forever highly recommend a stint in nature for anyone who needs to clear their head.)

For the next four weeks I explored the reserve and from my cottage began studying its inhabitants: red deer, wildcats, golden eagles, sea eagles, otters, pine martens, badgers, moles and bats (and many more mammals, birds, invertebrates and reptiles).

Already a zoology enthusiast and conservationist, I was keen to learn as much as possible about my country’s native species, and that I did. There were unfathomable differences; how a bat detects its prey using echolocation is a totally alien concept, and striking similarities; the single-purpose “rooms” that a mole constructs in its burrow are a bit more familiar. I was surrounded by fascinating creatures who lived their lives in different but surprisingly similar ways to your average human.

I was adamant that my time spent in Rahoy Hills resulted in something that could educate others on the importance of wildlife conservation. I also wanted to tell stories, because by giving people a brief insight into these animals’ lives on an individual level I believed I could deliver a greater understanding of our country’s native animals and encourage a desire to help protect them.

I also wanted my work to be welcoming and accessible to all – young people and children in particular, and those who might not consider themselves art or nature lovers. For these reasons I knew that comics, as an engaging visual method of storytelling that spans age groups and interests, was the perfect medium. 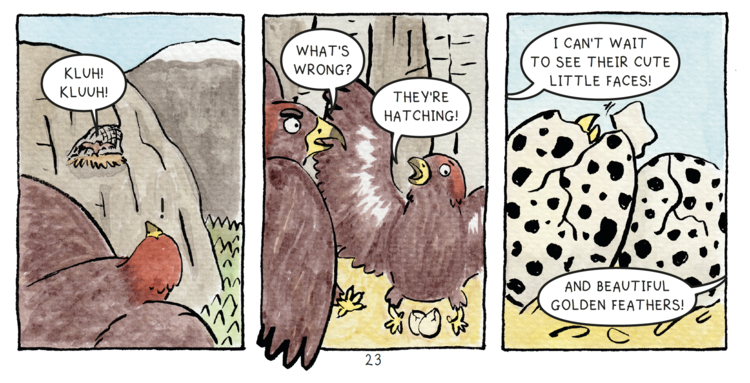 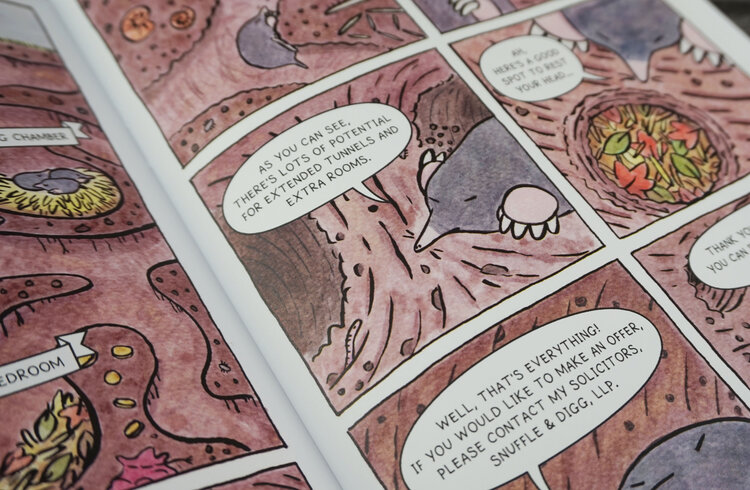