My Art Residency at Rahoy Hills Reserve in 2017 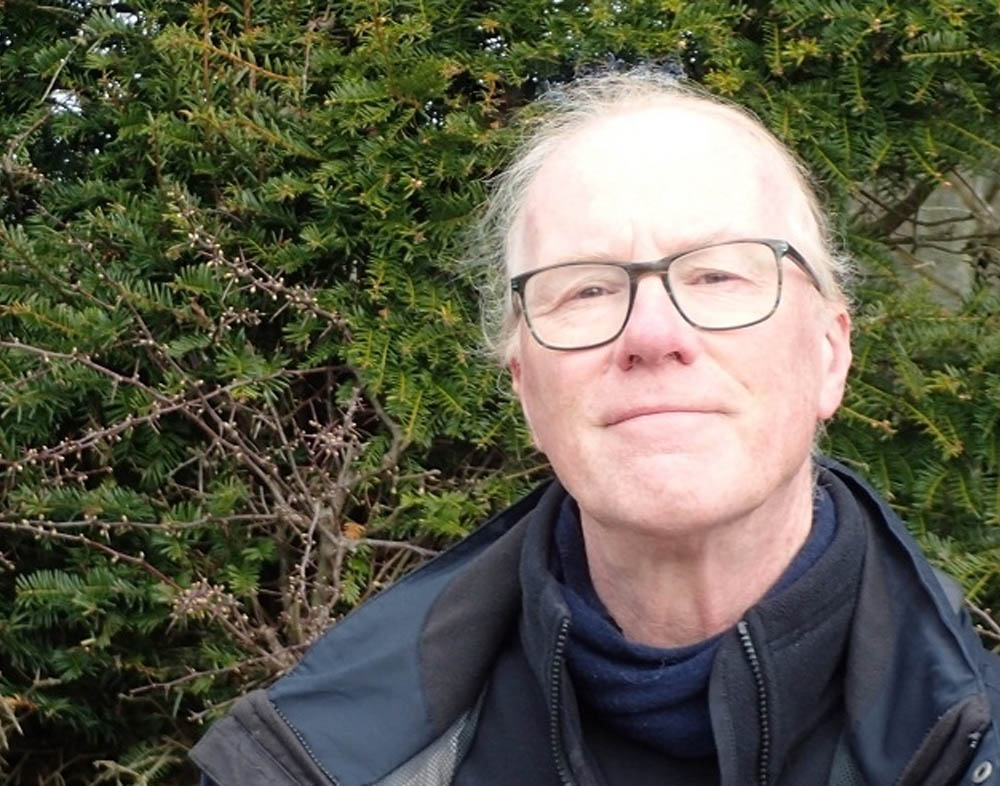 My art residency here was in 2017 but I was on site for only a week, in the February of that year. After then I was not sufficiently mobile to be out on the reserve, because I had a hernia and was waiting at home for the operation in June (which, by the way, was absolutely fine and showed that my previous worries had been quite unrealistic – just saying that in case you’re in the same situation!). However, the ‘problem’ of not being there was offset by the fact that I work mostly from photos and had taken many during that week in February and also many more on a good number of previous visits over the decades. So I had plenty of material to work from and it also helped that I knew the site well from all my previous times there.

With all this reference material I continued my ‘residency’ here at home, in East Lothian, and produced about 20 A4-sized drawings of the mossy rainforest woodland on the lower ground (some in coloured pencil; others in black pen), and about a dozen drawings (mostly about A5 to A4 in size) of people who I’ve come to know through connections with the reserve over the years (these ones done in graphite pencil). There were also some other drawings of my wife Alison and daughter Elen doing botanical work on the reserve’s hills, and some drawings of places in America for which I managed to find connections (of sorts) with the reserve.

The landscapes had a focus on the mossy woodland because I know the habitat well through my work on mosses and liverworts in Scottish woods and can’t fail to be aware that the woods on the reserve are among those that stand out as some of the best examples of temperate rainforest in Europe. I also love using coloured pencils to bring out the brightness of the mosses and liverworts in these sorts of woods. In these ways I suppose I was continuing doing something I’d done before (colour drawings of mossy woods), but every picture is something new, and I’m sure I’ll do more mossy woodland pictures in future (indeed I’ve done some more since that project).

The graphite pencil drawings of local people were different in being looser in style and using a medium I hadn’t done much with for some years previously; in this way they were something a bit new. A big part of doing these drawings of people was trying to get a likeness – always a challenge! And a great feeling if one succeeds. On the whole I felt they were OK. Well, I’m not going to say “They were great!” because… well, what kind of artist would be so trumpet-blowing? Doesn’t come across well, does it! So maybe it’s for others to decide – for which it is perhaps beneficial that many people looking at them won’t actually know the people I’ve drawn! But no – I think it’s fair enough for me to say that they were OK, and I was really glad to have done them. That series of pictures of people was something I’d never anticipated doing when I started on the whole residency project. Indeed, I’ve continued to draw more people in graphite pencil since then.

The pictures were exhibited at the Resipole gallery on the north side of Loch Sunart and at the Boiler House gallery at Ardtornish, and enough of them sold for me to make a donation of £900 to the reserve’s summer ranger funds, so something good came out of it for the reserve. I’m glad to have been given the opportunity to do all these pictures and to continue my explorations (physical and mental) of the reserve in doing so. And among the various things I discovered through doing this project were (1) a sizeable and previously unknown population of the rare liverwort Radula voluta during my week on site in February 2017, and (2) the fact that Beinn Iadain would look pretty good if it had a skyscraper on its summit! 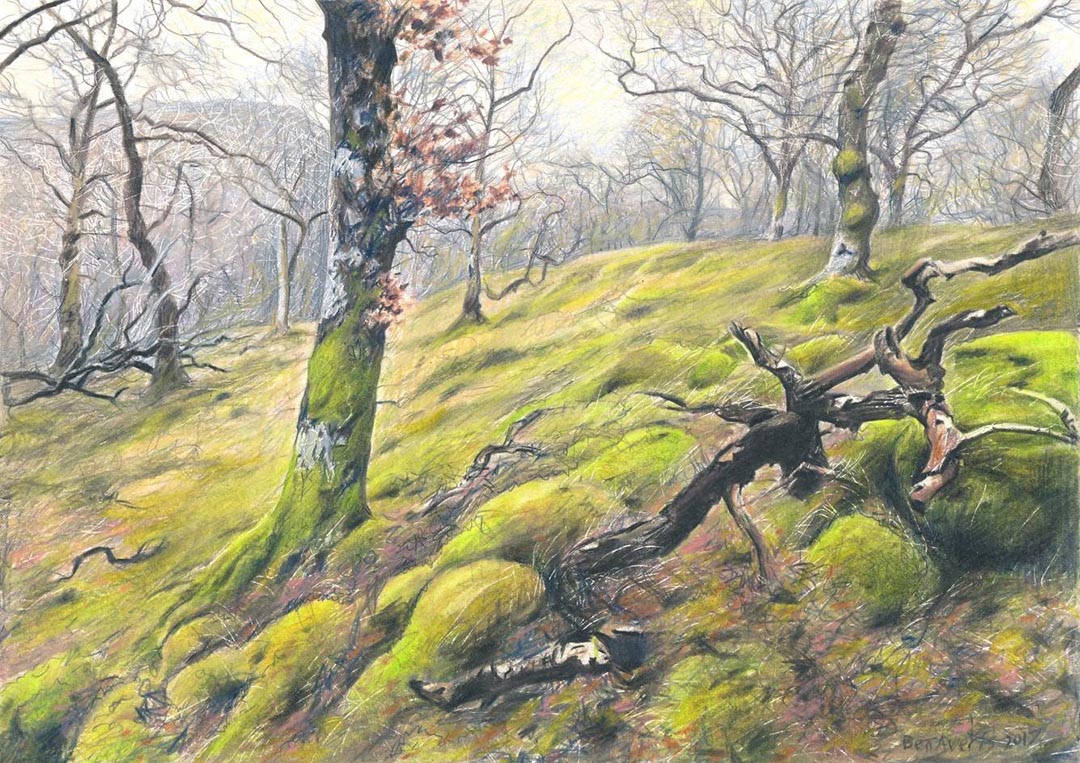 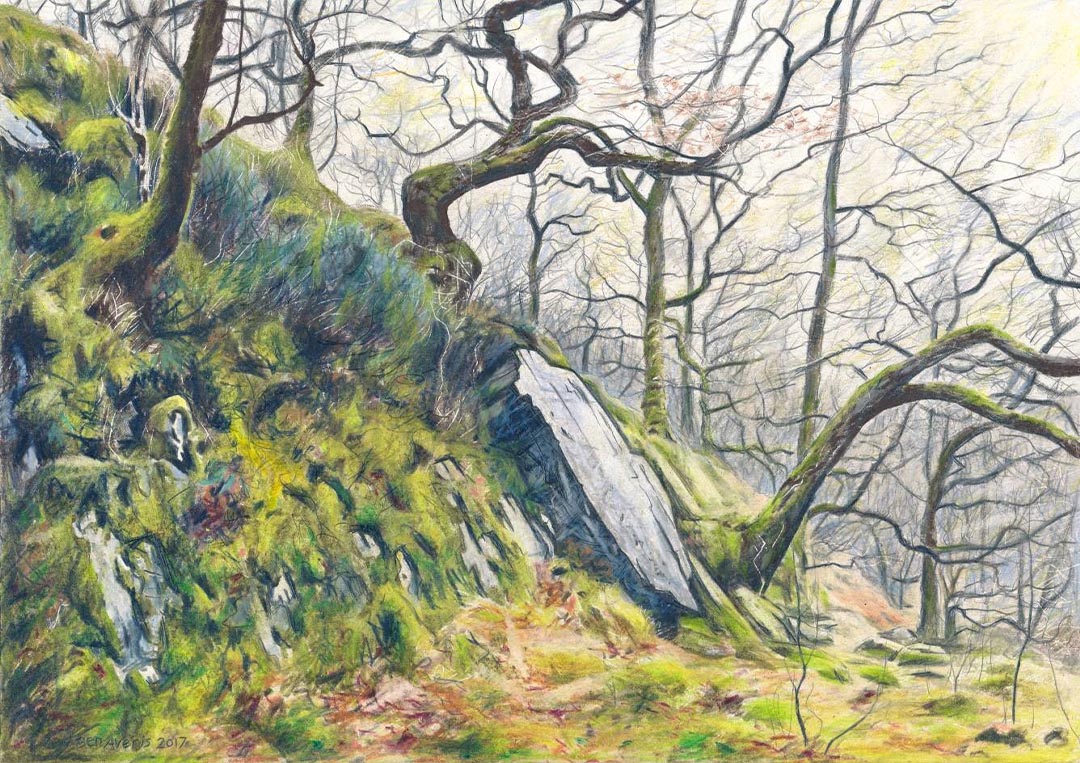 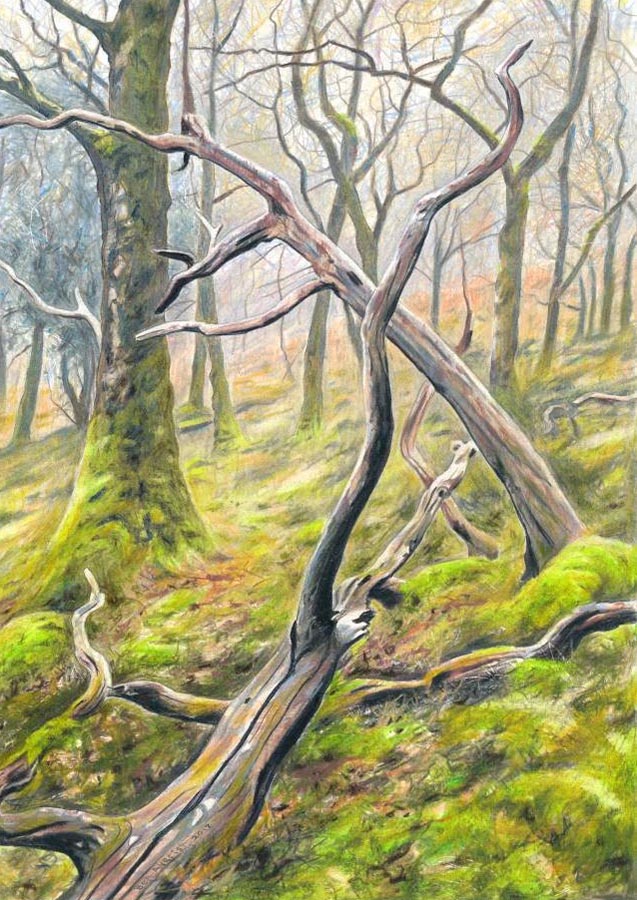 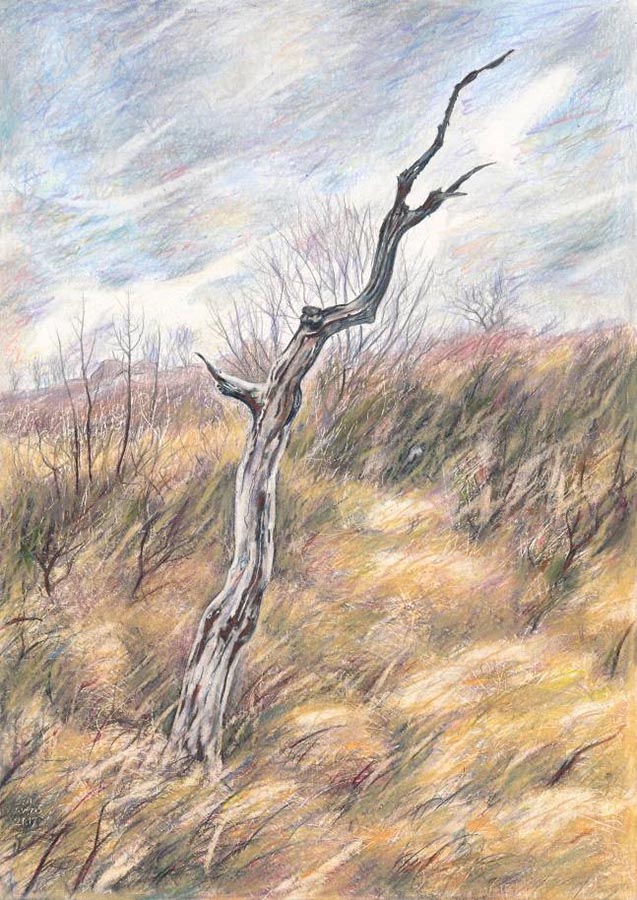 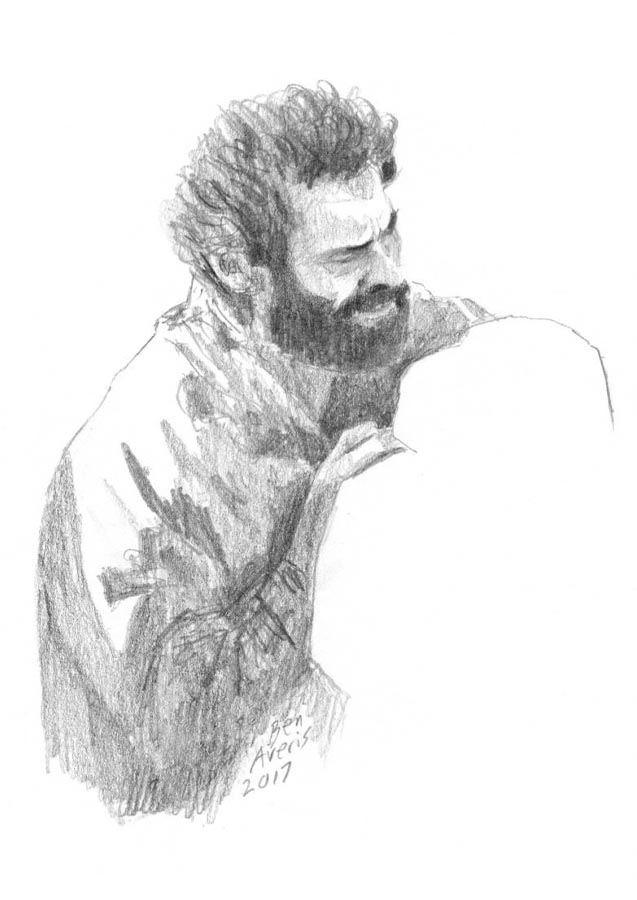